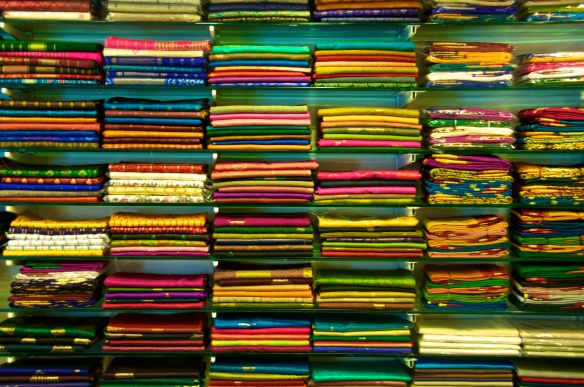 I confess. I am an impulse buyer.  The other day, I went into Trader Joes to buy cashew nuts. Passing the bread and cookies aisle, I couldn’t resist buying a bag of iced cookies.  Never mind that I shouldn’t be eating anything with that much sugar.  If you tell me you are not an impulse buyer, I won’t believe you. We all buy something on impulse, only the degree of impulse buying varies. I say, let it be.

Apparently, an average American spends roughly $5,400 annually on impulse buys. Any guess as to what is the top category in impulse buying?  It is food, followed by clothing, household items, take out, and shoes.

Some people take impulse buying to a different level.  Have you heard about the person who bought a drone, flew it for five minutes and wanted to see how high it would fly, this on a windy day, and that was the last he saw it?

Then there was this guy who bought a shipping container full of furniture. His wife was furious, but he tells her he is going to make a lot of money – 8 times what he paid, selling the furniture.  After five years, half the furniture is still in a storage unit. I hear he is now divorced.

My mother was an impulse buyer.  She is now 93 years old and is not doing any shopping, but when I was growing up, I witnessed her impulse buying every day.  But it was not food. Clothing was her Achilles heel.

As some of you know, saree is the native dress most Indian women wear. My mother loved buying sarees. She would enter a saree shop at the drop of a hat if she saw something in the window that caught her fancy. She would say, look, that saree is so gorgeous. I don’t have a saree in that color, let’s go check it out. And we daughters, the four of us, would follow obediently.

In India, as soon as you enter the store, you are royalty. Each store has literally one salesperson per shopper. The sales clerk would start showing the sarees they think we should see; never mind why we came into the store. By now my mom has also forgotten why she came into the shop in the first place and is totally immersed in checking out all the sarees that are thrown before her. The salesperson would insist on opening every saree to show it in full glory. After a couple of hours, and hundreds of sarees, we will leave the shop with not one but four or five sarees.

At home, after dinner, my mother would take out the sarees she bought. She would say, “Look at this saree, this is not how it looked in the store. The color is totally different. I don’t like this at all. I should have bought the light blue one with pink flowers”. The shopping trip is now going to be repeated, and who knows how many additional sarees are going to be bought?

As far as sarees were concerned, my mom was like a kid in a candy store. But this impulse buying had an upside.  While she was an impulse buyer, she was also an impulse giver. Many of the women who used to help around the house were the receivers of her impulse giving, and they were thrilled to be wearing last year’s fashionable saree, almost new.

My advice to you on impulse buying – Let it be. A little bit of an impulse never hurt anyone, well almost anyone who doesn’t go overboard like the guy who bought the container full of furniture.

Toastmaster note: I delivered this speech for a project on entertaining speech.